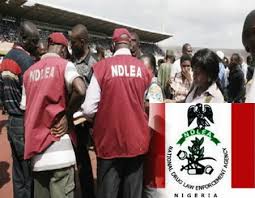 Sheriff was said to join his alleged drug abuse gang in about four months before his death. Sheriff died after combining Tramadol and Refnol. He had since been buried according to Islamic rites as a source revealed to Naija News that Sheriff started taking drugs in December 2018.

NDLEA commandant in the state said it in Umuahia while delivering a lecture at a seminar organised by his agency. Office of the Senior Special Assistant to Governor Okezie Ikpeazu on Narcotics and Abia State Drug Abuse Control Committee. The seminar was organised for patent drug dealers in Abia Central Senatorial District.

Check out the reason Nicki Minaj cancelled her concert in france