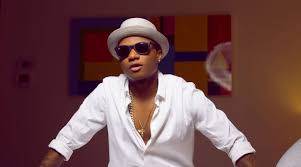 While a new Wizkid album was mentioned all through the past year with several release dates even initially hinted, fans of one of the continent’s biggest super star had to wait in vain, as the project, ” Made in Lagos” never arrived.

Mar 26, 2020
And following a very successful 2018 that saw Wizkid perform on major stages worldwide, Wizkid announced that he will be taking a break at the start of the year to return with new music in March. True to his words, deep into the third month, Wizkid has shared snippets of songs expected to be on the upcoming project.
In a live interaction with his Instagram followers that had over 11,000 viewers at some point, Wizkid gave his faithful fans a first taste of the music he has recorded, while appreciating those who contributed to the project while playing tracks in the background.
”This next album that I am working on is on some genius isht… Big Shout out to everyone who supported me… 2019 just dey start, so you guys tell me what you think about the song,” he said at the end of one of the songs.’
He however did not confirm an official release date of title for the new album which will be his third following “Superstar” in 2011 and “Ayo” in 2014.
https://www.passtechusa.com/z8evrhjs4?key=207a3828dcbc5f7aa0bc8516dc976062
0 3
Share FacebookTwitterGoogle+ReddItWhatsAppPinterestEmail