Wizkid who has been away from social media for a while now, stated it’s all hits and no miss in the album revealing all his pains and joys are in the album.

Although he has not given a particular date to expect the project but fans are hoping it’ll be out this year because he has once stated it’ll be dropped in October 2018.
Wizkid has told this fans he might hurt some feelings with his new album but nevertheless he will still drop
Related Posts

Apr 9, 2020
See the pictures of his instastory he posted below: 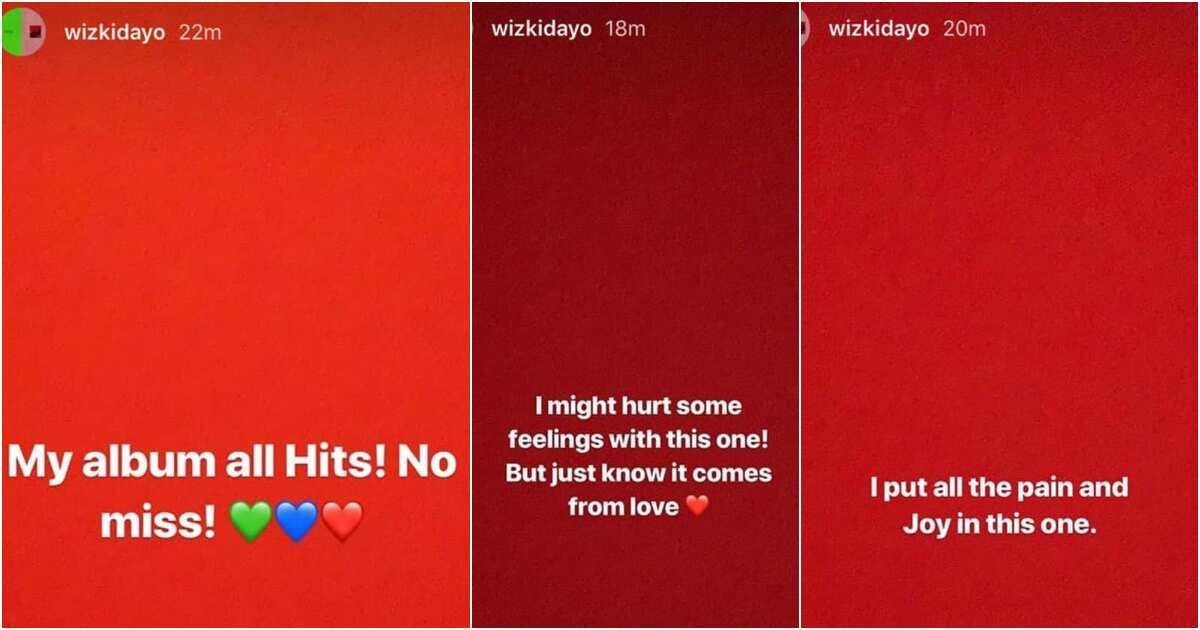