Famous comedian, Bright Okwocha, a.k.a Basketmouth has revealed what he would understand if he finds out his wife cheated on him. 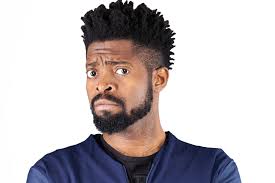 Basketmouth According to the humour merchant who was reacting to the record breaking $36 billion divorce settlement between founder of Amazon, Jeff Bezos, and his now estranged wife, MacKenzie Bezos, he would rather be in a convenience marriage than divorce his wife. He said “$36billion! It’s already written, till death do us part. I will never leave that marriage. For what? Even if she’s cheating on me, I’m sure I will understand. If worse comes to worse, I will start sleeping in the guest room. $36billion? Kuku kill me; we die there”.

Gov. Oyetola requests for a division of court of appeal in Osogbo