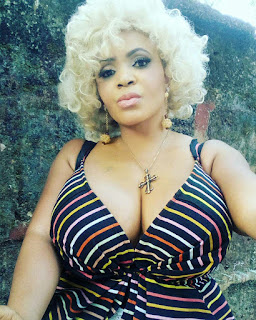 Nollywood actress,Cossy Orjiakor agrees thar Manchester united can upset favourites Barcelona at Camp Nou in their UEFA Champions League quarter-final reverse fixture.
Ole Gunnar Solskjaer’s men need at least a 2-1 win at Barca to reach their first Champions League semi-final since 2011 – when they lost 3-1 to the Spanish giants in the final at Wembley.
Related Posts

Apr 9, 2020
Despite the 1-0 loss, Cossy – a Manchester United fan – said United gave Lionel Messi and his team-mates a run for their money. “Obviously we were playing against Barcelona, one of the best teams in the world, but we gave them some problems as well,” she said.
“They gave us some problems but we know where we can beat them. Now it is one leg gone, you have the other one and we are going to give everything on this one.” Asked if United could beat the Spanish champions in the reverse fixture, scheduled for April 16, Orjiakor said, “Of course. If you don’t believe that you can beat them, you just let them go through.”
0 5
Share FacebookTwitterGoogle+ReddItWhatsAppPinterestEmail

BBNaija: Ifu Ennada gives an account on how she made her first million