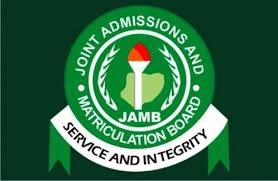 JAMB has denied reports that candidates who sat for the 2019 Unified Tertiary Matriculation Examination (UTME) will “rewrite” it. JAMB has said such reports were fake as results of candidates remain intact.

JAMB Head, Media and Information, Fabian Benjamin, said the reports were not only wicked but fraudulent. ”We want to distance ourselves from such malicious and wicked rumours by fraudulent persons, as there is no truth in them,” he told NAN.
”We did not issue any press statement concerning crashing of the server. All these are caricature of desperate persons trying to cause panic and confusion among candidates and the general public.
Related Posts

Apr 9, 2020
”We are not going to allow such rumours as we remain focused on ensuring that we achieve what we want to do.
”After the examination, the board began screening to determine any form of examination malpractice and infractions by both candidates and examination centres. This is causing a delay in the release of the results.”
0 5
Share FacebookTwitterGoogle+ReddItWhatsAppPinterestEmail