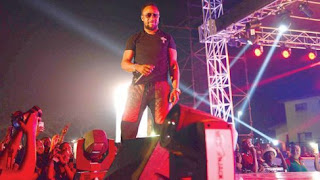 According to the Nigerian singer, he didn’t collect any payment from the politician as he made the song as part of his contribution to Sanwo-olu’s campaign during the just concluded 2019 gubernatorial elections in Lagos State.
Related Posts

Apr 9, 2020
Explaining that he made the song because he himself is a politician, Tetuila said,
I am a politician too; I contested the state House of Assembly election in Kwara State in 2015.”
0 3
Share FacebookTwitterGoogle+ReddItWhatsAppPinterestEmail