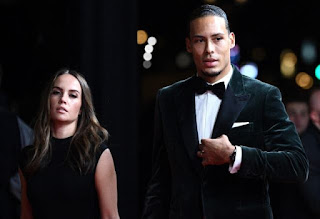 Virgil van Dijk said that seeing four Liverpool players finish in the top 10 in the ranking for this year’s Ballon d’Or can be an extra source of motivation for the Anfield club in their quest for more on-field success this season. “Obviously the season we had was outstanding. We

had even more players than that on the total shortlist so everyone can be proud of the achievement,” said Van Dijk after coming second behind Lionel Messi at the awards ceremony in Paris on Monday.

Apr 9, 2020
“I think we could have even have had a couple more players in it, but we had a fantastic season last year and it should help motivate us to keep doing what we are doing, working even harder and try to achieve even more than we did last year,” added Van Dijk.
Liverpool are eight points clear at the top of the Premier League, raising expectations that they will finally go on to win a first league title in three decades.
0 9
Share FacebookTwitterGoogle+ReddItWhatsAppPinterestEmail