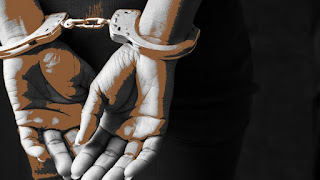 Nigerians expressed outrage over the recent arrest of dozens of women during raids on nightclubs by a Joint Task Force. The women were detained at Utako Police Station where many alleged that they were molested and sexually assaulted.
The command said the women were arrested because they were hanging around nightclubs, while the Public Relations Officer of the Social Development Secretariat of the FCTA, Sunday Shaka, said some of them were arrested for provocative dressing, consumption of illegal drugs and attracting criminal elements.
One of them said she was raped by policemen attached to the FCT task force because she could not pay them to regain her freedom.
“Three of us were brought out of the van and raped by the policemen because we had no money to give them. We were raped behind the National War College, Abuja.
“They pushed me to the ground and held me there while one of them raped me. He didn’t wear a condom. The other girls were also raped by two others, one of who used a pure water sachet as condom,” she said.
Another told journalists how she was arrested while attending a birthday party in a hotel and was later compelled to plead guilty of prostitution before the court.
Related Posts

Apr 20, 2020
“They were telling us that we should be pleading that we’re guilty. That if we don’t plead that we’re guilty, they’d take us directly to prison. That nobody would be able to save us or bail us out,” she said.
She also reported that she was horsewhipped by an officer she identified as ‘Oga Yellow’.
Another one of the women reported that officers freed another woman after she succumbed to their demand to allow them fondle her breasts in exchange for her freedom.
The women called on the government to stop the task force from raiding clubs in the capital city to arrest and molest girls. They said girls are regularly extorted by officers and task force officials and threatened with conviction in court.
Shaka dismissed the reports that the women were sexually assaulted by law enforcement officials, but he said investigations are underway.
“This accusation is already being investigated. Our team is well trained and they have been warned against such an act. They are all aware that if any of them is caught to have abused these persons, such a person will be dismissed and prosecuted,” he said.
0 3
Share FacebookTwitterGoogle+ReddItWhatsAppPinterestEmail