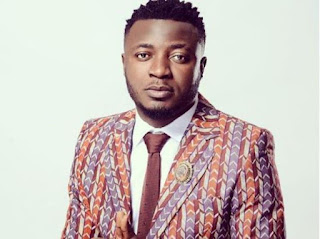 Nollywood actress and singer Simbee Davis accused MC Galaxy of raping her in 2010, she has come out to expose the falsehood behind the news.
It was reported that the allegation was made in less than a week after Busola, the wife of singer Timi Dakolo, accused Pastor Biodun Fatoyinbo of the Commonwealth of Zion Assembly (COZA) of raping her when she was a teenager.
Related Posts

Apr 9, 2020
According to Davis, she has been sharing her songs online without anyone listening to it or re-posting it until an incident was involved.
She however, appealed to everyone affected by the stunt to forgive her as she cleared the air on her expensive prank.
The actress also pleaded that people should apologize to MC Galaxy on her behalf and at the same time tell him to feature in her song.
0 3
Share FacebookTwitterGoogle+ReddItWhatsAppPinterestEmail

Senator Abbo Apologises for Assaulting Nursing mother,Says He is an Ambassador for Christ