Real Madrid will face Manchester City after the UEFA Champions League(UCL) round of 16 was conducted in Nyon Switzerland on Monday. 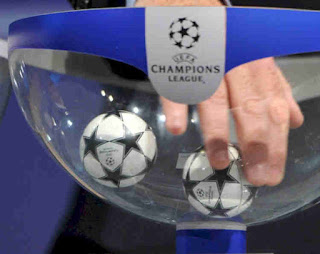 The fixtures for the 2019-2020 Champions League last 16 will be played in February 2020.
The first legs will take place on 18th and 19th of February. The second legs will then be played on 25th and 26th of February.
All group winners in the round of 32 play away first.
The 2020 Champions League Final will be played at the Atatürk Olympic Stadium in Istanbul, Turkey on 30 May 2020.
See the full draw below:
PSG (France) vs Borussia Dortmund (Germany)
Bayern Munich (Germany) vs Chelsea (England)
Related Posts

Ronaldinho finally released from prison after 32 days in…

Tiwa Savage Falls During Her Performance on Stage (Video)

Ronaldinho finally released from prison after 32 days in Jail