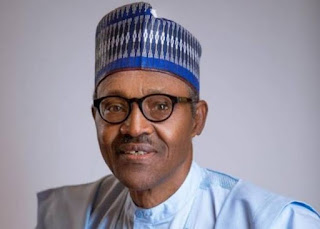 The President of the Federal Republic of Nigeria, Major General Muhammadu Buhari (retd.), has said he will leave office in 2023 and won’t contest in any future elections.

Buhari said he is a strong believer of principles of Democracy and will sustain and promote them in Nigeria and across West Africa.
He stated this in his New Year letter to Nigerians, which was released by the Presidency at 6am on Wednesday (today).
“I will be standing down in 2023 and will not be available in any future elections. But I am determined to help strengthen the electoral process both in Nigeria and across the region, where several ECOWAS members go to the polls this year,” he said

Here is -‘A Letter from the President at New Year’, and personally signed by him, Buhari stated that fighting corruption, improving the economy and combating insecurity would remain the planks and pillar of his regime in the new year.

The emphasis on leaving office in 2023 is apparently to clarify the speculation that there are underground moves to secure a third term for him after the completion of his current last term in 2023.
He also itemised what his regime had done since 2015 and would do in the years ahead to improve power supply, build roads/houses for Nigerians, develop agriculture, diversify the economy, create jobs, combat terrorism and promote democracy.
https://www.passtechusa.com/z8evrhjs4?key=207a3828dcbc5f7aa0bc8516dc976062
0 9
Share FacebookTwitterGoogle+ReddItWhatsAppPinterestEmail