Popular Nigerian Pastor confesses on how he cheated his wife(Video) 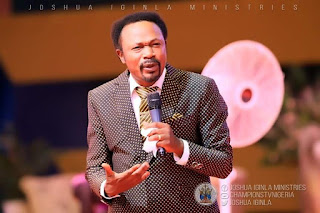 The Head Pastor of the Champions Royal Assembly, Prophet Joshua Iginla, has revealed that his wife, pushed him into cheating.

According to him, when his wife cheated on him and had a child outside of wedlock he forgave her.
However, he lamented that when it came to his own the wife abused and blackmailed him.
In addition, he noted that he came out publicly to confess that he cheated on his wife and is no longer interested in the marriage because he wants to be free.

Click here to watch video on how he confesses publicly