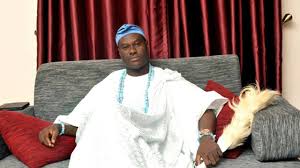 The management of OAU had petitioned the Osun State Commissioner of Police, accusing that some members of Ife Development Board, IDB, of poisoning the Opa dam supplying water to the university community.

Spokesman of the Ooni’s palace, Mr. Moses Olafare said the palace received the allegation of dam poisoning by the people of the community with trepidation and bewilderment adding that it is very difficult for any right thinking person to believe such allegation. This came as the OAU management has assured members of the University community and other stakeholders of the safety of water from the school dam.

Reacting to the alleged poisoning of the dam, Olafare, said: “The allegation is unfounded. It is an expression of absurdity because how can any reasonable person believe such allegation. Both the OAU and Ife community have been living harmoniously together for the past 50 years and such allegation never occurred.“Come to think of it, let us assume it is true. Where is the university situated? Most of the students and staff of the university are indigenes of the community and you expect  indigenes of the community would want to wipe away their lives. “We, as a palace, are very furious to read in the newspapers and in the online media that our people poisoned water in the university. It is very absurd.”

OAU On its part, the management of OAU has assured members of the University community of the safety of water from the school dam. This was contained in the Special Release signed by the Institution Registrar,  Mrs. M. I. Omosule in Ile-Ife. Awosunle said that some suspected land grabbers polluted the dam with chemicals  which led to the death of several fishes and other aquatic animals.

The registrar enjoined the university community to continue with their normal activities without any fear of poison. She said the issue had been reported to the police and other law enforcement agencies.

She, however, said the police has commenced investigations to unravel circumstances that led to the petition assuring that its findings would be made public.