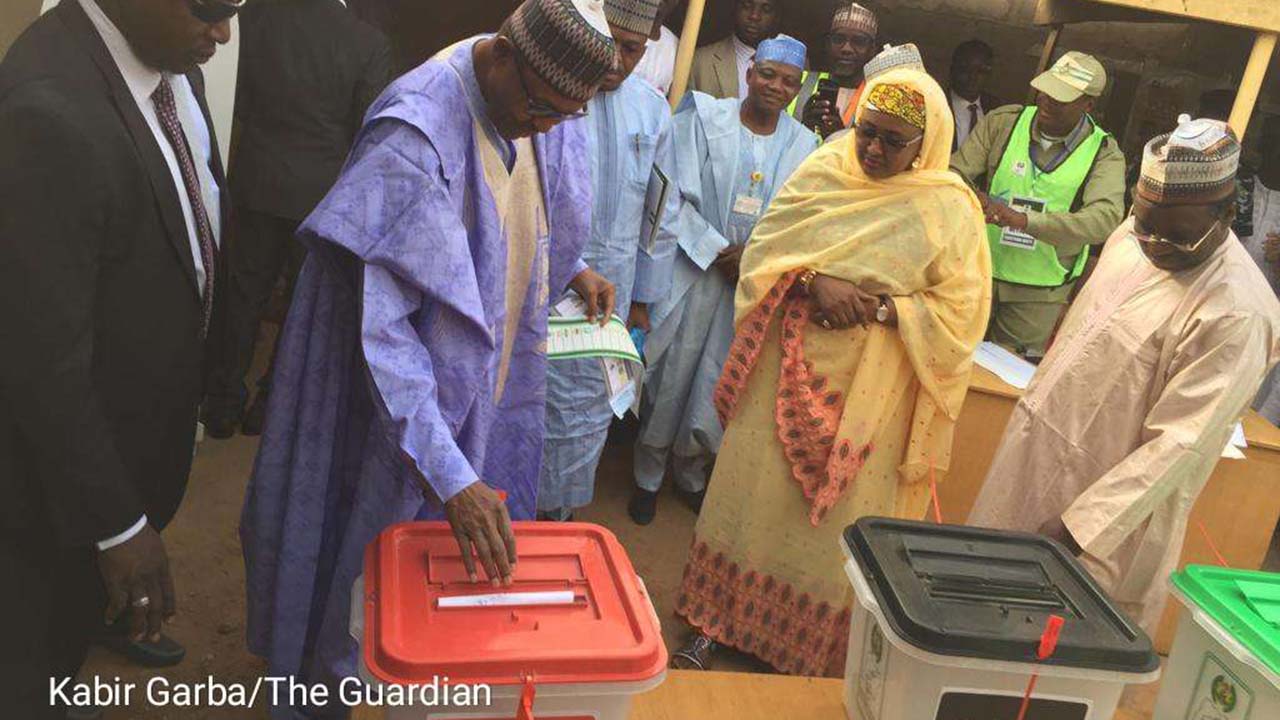 Apr 9, 2020
President Muhammadu Buhari and his wife, Aisha Buhari, voted in Daura, Katsina State in the Presidential and National Assembly Elections.
The wife, Aisha, voted before the president at 8.06 a.m., while the president voted at 8.10 a.m, and 897 eligible voters casted their votes at the Kofar Baru, Sarkin Yara “A” ward in Daura.
The News Agency of Nigeria (NAN) reports that the list of the eligible voters including that of the president and his wife was displayed at the polling unit by officials of the Independent National Electoral Commission (INEC), numbered 187 and 182 respectively on the list.
President Buhari and his wife had on Friday arrived in Daura, his hometown.
After voting, the president expressed satisfaction with the state of affairs and said he was optismistic of winning
0 4
Share FacebookTwitterGoogle+ReddItWhatsAppPinterestEmail

INEC set to begin election by 8:00am today

Election: See what Atiku said after voting in Adamawa