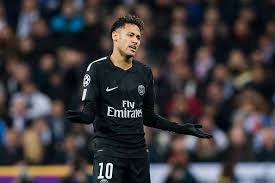 Neymar wants to stay at Paris Saint-Germain, where he is under contract until 2022, according to his father and agent, Neymar senior.
Related Posts

“We have a contract, we’re not even halfway through that contract,” Neymar senior told RMC Sport.

Neymar arrived at PSG from Barcelona in 2017 but has been at the centre of rumours linking him with a move to Real Madrid.

“These rumours of leaving will always exist, you can’t have a player like Neymar without people or clubs dreaming of having him,” said Neymar senior

PSG fans, he continued, “can rest easy: Neymar today doesn’t want to leave PSG, he wants to continue at PSG, get back on the pitch first up, to be able to help the club claim titles and win”. Neymar has been out with an injured right foot sustained on January 23, but the 27-year-old was back in training on Thursday and PSG will be hoping he is fully fit for the April 27 French cup final against Rennes.