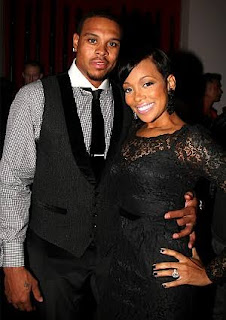 Monica and Shannon Brown split after eight years of marriage, TMZ reports.
The two first met when Brown played Monica’s love interest in the video for her song “Love All Over Me.” A few months later, the singer announced their engagement on Twitter and addressed their decision to take the next step in their love life in a series of tweets.
Related Posts

Apr 9, 2020
“We realize people will have their opinions. That’s the way of the world. But we know who we are&who’s we are. We pray 2 an awesome God 2gether,” Monica wrote.
The Grammy winner, 38, secretly married the athlete, 33, in a private L.A. wedding ceremony in November 2010, and the pair kept their matrimony under wraps for months before confirming the news in January 2011.
Monica (born Monica Denise Arnold) and Brown later tied the knot again, in front of family and famous friends, at a second ceremony and reception in July 2011.
Mild speculations which are gradually turning to confirmations stem from the singer not seen wearing her wedding band since her post on February 26.
0 3
Share FacebookTwitterGoogle+ReddItWhatsAppPinterestEmail

BBNaija reunion: Cee-c has disclosed why she engaged in so many fights with Tobi