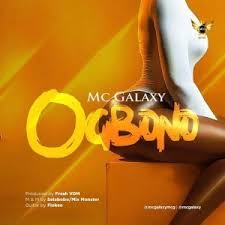 Music star, MC Galaxy who was recently criticized by fans over a nudity scandal on his Instagram page has released a new song.

The new jam is coming at the time people need something to kick off the weekend.
The song is titled “Ogbono” and it was produced by Fresh VDM.
Listen here
0 2
Share FacebookTwitterGoogle+ReddItWhatsAppPinterestEmail