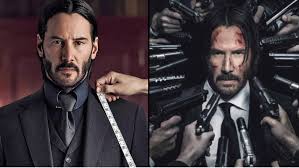 Two weeks after the release of John Wick Chapter 3 – Parabellum, it has become the highest grossing action series film.
Parabellum has grossed $181 million at the global box office to date, surpassing John Wick: Chapter 2‘s $171.5 million. The original John Wick ended its 2014 run with $88.7 million worldwide.
In its second weekend of release, Parabellum earned $24.35 million at the domestic box office, with a domestic cume of $107.1 million. The movie is looking to add $6 million over Memorial Day, with estimated 4-day holiday weekend projection of $30.5 million.
Parabellum has been getting nice reviews since its release; it currently sits at an 89 percent fresh rating on Rotten Tomatoes, with a Metacritic score of 73 and an A- CinemaScore.
0 8
Share FacebookTwitterGoogle+ReddItWhatsAppPinterestEmail