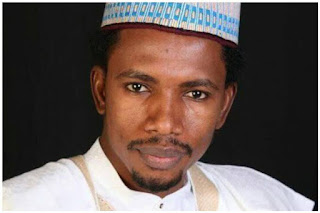 The Inspector General of Police (IGP), Mohammed Adamu, has given order for the arrest of Senator Elisha Abbo over an alleged assault on a sales girl in Abuja.

Abbo was caught in a video recorded by the Close Circuit Television (CCTV), installed in a sex toy shop assaulting the lady.
Police sources told the media agents that the force will do everything within their powers to treat the matter to a logical conclusion.
In a related development, a former Vice-President Atiku Abubakar has reacted to the video of Senator Elisha Abbo assaulting a woman in a sex toy shop, saying that it is sad and inexcusable.
Related Posts

Apr 20, 2020
Atiku, who is also from Adamawa State like the Senator said he knows Abbo quite well but says the law is clear and that leaders must lead by example.
He advised the party to take disciplinary action against Senator Abbo, and also advised the Senator to apologise publicly and submit himself to the police.
It read: “I have seen the alleged assault video involving Sen. Elisha Abbo. The video is sad, inexcusable. I know the Senator quite well. But the law is clear and leaders must lead by example.
“‪‪I advise him to publicly apologize, voluntarily go to the police and show a good example expected of a young leader. I also call on our party, the PDP to take necessary disciplinary action and the Nigerian Police to ensure the law takes its full course”
0 6
Share FacebookTwitterGoogle+ReddItWhatsAppPinterestEmail