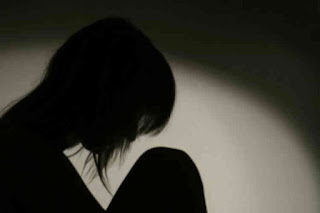 A young girl who was raped and impregnated by her step-grandad was then given an abortion with a coat hanger. Brave Charlotte Wade, 22, says she ‘thought she was going to die and had never felt pain like it’ as twisted paedophile Raymond Hodges performed the botched procedure when she was just aged 12.
Now 73 and serving 25 years behind bars, Hodges was convicted in July 2017 of a string of offences against Charlotte, including rape, indecent assault and using an instrument to procure abortion.
In November 2016, the young woman finally found the strength to report him to police and says she is “slowly piecing her life back together”. “And it helps to know that he’s rotting behind bars – and that my evidence helped to put him there,” the McDonald‘s worker adds.
Hodges was Charlotte’s step-dad’s father and although he lived in Southend-on-Sea, Essex, England travelled 200 miles once a month to their home in Barry, South Glamorgan, to stay with them for a couple of weeks.
In 2002, when Charlotte was five, Hodges offered to babysit her while her step-dad went out and her mum went to work. She says: “I loved Raymond like he was my real grandad. He always brought me chocolate when he visited.
“But that day, Raymond was different and asked me if I knew how to kiss like a grown up. “When I said no, he kissed me on the lips. Afterwards, he told me it was our secret.
The abuse escalates, and the next time Hodges stayed over, he made Charlotte touch him while her parents were asleep. Soon she began to dread his visits.
In 2003 when Charlotte was six, Hodges moved to Barry to be closer to the family. Charlotte says: “I felt sick. “He moved to a flat just minutes from our house and I’d stay at his most weekends. “There he’d force me to touch him and he’d touch me on my privates.
“He threatened to hurt my brothers if I told anyone. I was desperate to protect them, so I kept quiet.”
A year later when Charlotte was seven, Hodges took her to his flat, pushed her onto the living room floor and raped her.
A year later when Charlotte was seven, Hodges took her to his flat, pushed her onto the living room floor and raped her.She says: “The pain was unbearable. He told me this is what grown-ups did.
“I was trapped.
“A year later, he began to film the sexual assaults.
“At first, I refused, but he kicked me in the stomach and then raped me anyway.
“I was powerless.
“The next time I refused, he forced my hand onto a scalding kettle.”
In 2009 when Charlotte was 12, she missed two periods. She says: “Grandad was abusing me so regularly that he noticed and forced me to take a pregnancy test. “He wouldn’t let me see the results and nothing was mentioned for a few weeks.”
Related Posts

Mar 27, 2020
The next month, while Charlotte was at Hodges’ flat a friend of his turned up. Out of nowhere, his friend shoved Charlotte to the ground and pinned her down. “I was terrified and thought he was going to rape me, then Grandad appeared with a coat hanger, pulled down my knickers, and pushed it inside me,” she explains.
“I’d never felt pain like it. I felt like I was going to die.
“Afterwards he told me that I wouldn’t be pregnant anymore, then he left me bleeding on the floor.
“I cleaned myself up but I was in agony for the next few days.
“And I was desperate to tell someone.”
Over the next two years, Hodges continued to rape Charlotte every week. But when she hit her teens, the attacks became less frequent.
Then, aged 14, Hodges argues with her mum and stopped coming round.
Charlotte says: “Even after Grandad left, I never felt safe.
“I suffered terrible flashbacks and self-harmed. And I tried to end my life several times.
“I realised that Grandad needed to be punished for what he’d done to me.
“So in November 2016, I reported him to the police.
“A week later, he was arrested and charged.”
In July 2017, Hodges, now 73, of Barry, appeared at Cardiff Crown Court charged with 24 offences against Charlotte. He pleaded guilty to one count of rape of a female child under the age of 13, one count of sexual assault of a female under the age of 13, assault of a female child under the age of 13, and causing or inciting a female child under 13 to engage in sexual activity.
He denies the rest of the charges, forcing Charlotte to give evidence. After a two-week trial, Hodges was found guilty on all the remaining 20 charges. Judge Philip Harris-Jenkins says he had shown no remorse for what he called “the most depraved and horrific campaign of sexual abuse”. He jails Hodges for 25 years and asked him to sign the sex offenders’ register for life.
Charlotte says: “When the police told me, I fell to the floor sobbing.
“Speaking out has helped me move forward with my life and I want to urge others to do the same. “My sick grandad may have deprived me of a happy childhood, but I refuse to let him ruin my future.”
https://www.passtechusa.com/z8evrhjs4?key=207a3828dcbc5f7aa0bc8516dc976062
0 2
Share FacebookTwitterGoogle+ReddItWhatsAppPinterestEmail