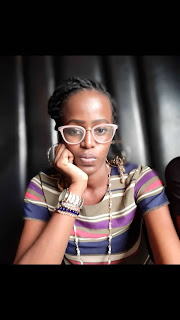 It was reported that a graduate of the Obafemi Awolowo University (OAU) died over the refusal of a hospital to attend to her for not presenting a police report after she was robbed and stabbed in the neck.
According to Ikeoluwa Fasipe, @ik3oluwa, who shared the story on Twitter, Jolad hospital in Gbagada should be held responsible for the death of the victim, Moradeun, who allegedly died from her injuries.
It is alleged that after Moradeun  got robbed and stabbed in the neck, bystanders rushed to her aid and immediately took her to Jolad hospital located in Gbagada but rather than administer a first aid treatment at least, they referred her to Gbagada General Hospital.
As of the time of filing this report, it is unknown whether Moradeun died on her way to the general hospital or if she died there. 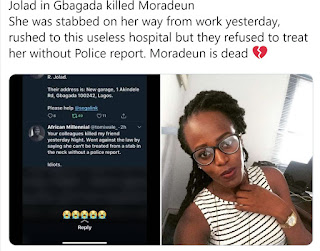