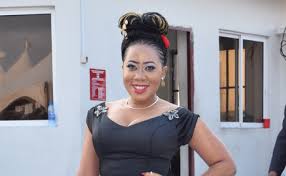 According to the Nollywood actress, Moyo Lawal feels the series is overhyped.

Moyo  clarified she is not a lover of the movie does not imply that she did not understand it when she decided to watch.
Related Posts

Nigerian singer, Simi narrates her ordeal of how drunk policemen pointed a gun at her