Election: No violence in FCT – IG 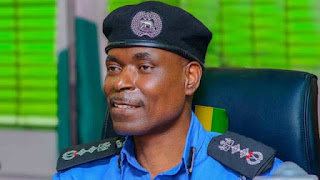 The Acting Inspector-General of Police, Mr Mohammed Adamu, confirmed this while speaking with newsmen after monitoring the exercise in some polling units in the territory.

“I have gone round to some polling units to see the conduct of the election and what I have seen so far is impressive.
“The security is adequate, electorate are casting their votes without any fear,’’ Adamu said.
Related Posts

Mar 26, 2020
On the security arrangement nationwide, he said “you know we have a Situation Room which we call Joint Operation Room where we monitor all the activities of all the Commissioners of Police and our personnel on the field.
“I communicated with personnel all over the country and they said the conducts of election within their Areas of Responsibilities and things are going on smoothly all over the country,’’ the police chief said.
Also, the Police Commissioner in charge of the territory, Mr Bala Ciroma, confirmed that there was no incident in the territory.
According to him, so far, so good, the elections were conducted as scheduled.
https://www.passtechusa.com/z8evrhjs4?key=207a3828dcbc5f7aa0bc8516dc976062
0 2
Share FacebookTwitterGoogle+ReddItWhatsAppPinterestEmail