Despite R Kelly’s accusation of Sex, fans supported him

By Bivmedia Admin On Mar 2, 2019
0 3
Share FacebookTwitterGoogle+ReddItWhatsAppPinterestEmail
The large, black van transporting Kelly from a jail in Chicago stopped in the parking lot of a large showcase McDonald’s in downtown Chicago.
The entertainer didn’t immediately emerge from the vehicle Monday evening, but some members of his entourage stood outside the vehicle and a dark-coloured Mercedes-Benz parked next to it. 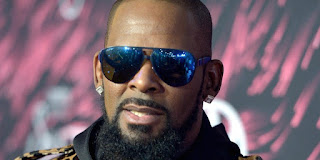 Apr 9, 2020
According to the newspaper, several women sat on the hood of a car that was parked next to Kelly’s van. They were taking pictures and dancing after Kelly exited the fast food restaurant.“R. Kelly’s first stop after getting out of jail is the McDonald’s in River North,” tweeted Sun-Times reporter Nader Issa. “Fans are playing his music in the parking lot.”
Footage of Kelly’s Monday night McDonald’s jaunt showed him and his entourage ordering food and eating it in a booth. As they were leaving and Kelly was getting into a van, a female fan yelled, “I love you! I love you! I love you!” Kelly waved. His group later went to a cigar bar in the ritzy Gold Coast neighbourhood.
Meanwhile, Less than 24 hours to his release it was reported that there was another sex tape involving the music icon and a teenager, which according to a lawyer, was worse than the previously released tape.
0 3
Share FacebookTwitterGoogle+ReddItWhatsAppPinterestEmail

Photos of Pastor E.A Adeboye as he marks his 77th birthday