Chioma Pregnant for Davido as They are Expecting a Baby (Video) 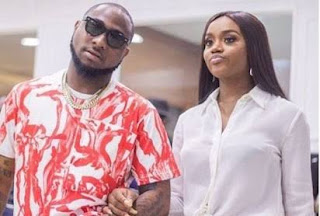 Indications have emerged that Chioma Rowland, long term girlfriend of star singer, Davido, is already pregnant and expecting a baby.
Recall that the two love birds are now officially engaged after Davido put the ring on her finger during a recent hang out with friends in London.
The proposal is coming a few days after Davido was officially introduced to Chioma’s family.
Related Posts