Champions league: Check out clubs that qualified for quarter finals 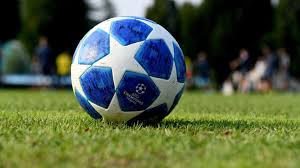 Six clubs qualified for quarter final in the champion league.

They are: Juventus, Manchester City, Manchester United, Ajax, FC Porto and Tottenham Hotspur.
Juventus progressed, following an incredible 3-0 win over Atletico Madrid on Tuesday night.
United pulled off one of the most remarkable comebacks in the competition, fighting back from a 2-0 home deficit, to win 3-1 at Paris Saint-Germain.
Manchester humiliated Schalke 7-0 at the etihad, after winning 3-2 in Germany.
Ajax also qualified despite losing 2-1 in Amsterdam, following their impressive 4-1 victory at Real Madrid.
Tottenham Hotspur claimed a 4-0 aggregate win over Borussia Dortmund and FC Porto needed extra time to see off Roma.
The two remaining teams will be decided on Wednesday night.
Liverpool travel to Bayern Munich following a 0-0 draw at Anfield in the first leg, while Barcelona must overcome Lyon after a 0-0 draw in France.
Related Posts

Adesua Etomi, Nollywood actress disclosed what she does when she is about give up