Cardi B to star in her debut feature film 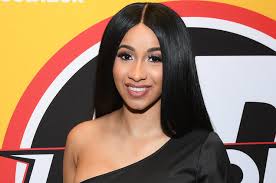 From topping music charts to breaking records as well as clinching major awards, Cardi B has been soaring and she is about to add yet another feather to her cap.

According to several reports, the mother of one is to star in her debut feature film with a film titled “Hustlers”.
It is gathered that Hustlers is inspired by a 2016 New York Magazine article and the film follows a crew of savvy former strip club employees who band together to turn the tables on their Wall Street client
0 2
Share FacebookTwitterGoogle+ReddItWhatsAppPinterestEmail