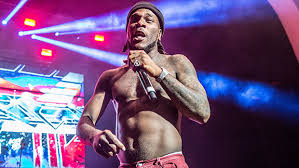 A week after he released ‘African Giant’ album, Burna Boy has once again surprised fans as he announced yet another album, titled ‘Reckless and Sweet’.

He made this known in his latest interview with famous American media executive and Radio personality, Oldman Ebro, on his show aired Apple Music.
Related Posts

Mar 29, 2020
Burna Boy explained that he initially planned to release ‘Reckless and Sweet’first, before ‘African Giant’ album but changed his perspective when he went to perform at the 2019 Coachella, that exposed him to a more foreign audience
When he was asked if he was still  going to release another album in 2019, Burna said “most definitely. It never stops. You’ll get an album every year as long as I’m alive.”
0 4
Share FacebookTwitterGoogle+ReddItWhatsAppPinterestEmail

TB Joshua Speaks on Vision God Revealed To Him About Nigeria