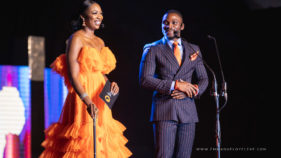 Speaking about stars, no matter what side of the divide you sit on, you will admit that BBNaija is a great talent factory where stars are made.

In just three months since this was revealed, the show – and all that it represents – has generated a lot of excitement and frenzy among viewers, who are anticipating the next stars that will emerge from this competition.
By just becoming one of the housemates on the show, you can be propelled to heights unimagined and unlock doors to many opportunities. With the help of a ‘Big Brother’, ex-housemates achieve a boost in their career trajectories, which would have hitherto taken years to achieve.

For instance,Cee-C, a lawyer, worked as an outdoor advertising practitioner and was relatively unknown before going into the BBNaija house.
Today, not only does she have 1.4million followers (and counting) on Instagram, she has become a fashion influencer and has worked with brands like Nairabet, Amstel Malta, Huawei Mobile and House of Lunettes. She recently launched her sportswear line, Cegar, which has so far been a major hit among her fanbase.
Related Posts

Apr 9, 2020
Hate her or love her, you cannot deny her presence in the social media influencer space. She reportedly charges an average of N500,000 to advertise for brands on social media and her followers, which she refers to as ‘spartans’, make a good study of celebrity fan love and loyalty. She is forever grateful to the platform BBNaija presented because according to her, “I probably would have never gotten elsewhere!”.
In 2017, Uriel Oputa was an upcoming musician who needed the big platform that Big Brother Naija presented. During her time in the BBNaija See Gobbe house, Uriel was popular for her melodramatic yet entertaining diary sessions.
After finishing in 9th position, Uriel bagged several endorsements and hosting gigs for some big brands such as Maggi, PayPorte, Pedini – Bosch Nigeria, Peak Milk etc. She currently has over 800 thousand followers on Instagram, a thriving wig business and is still a force to be reckoned with in the entertainment industry.
Perhaps the most fascinating thing about these ex-housemates is that none took the prize money home. They all dropped out of the competition at different stages and yet are celebrated successes in today’s pop culture. It goes without saying that the BBNaija platform is one that offers a plethora of opportunities.
0 1
Share FacebookTwitterGoogle+ReddItWhatsAppPinterestEmail