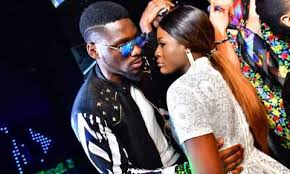 The talent manager disclosed that a man who kisses and tells disgusts her a lot.

She wrote on Twitter: “Nothing disgusts me more than a man that kisses and tells. You can’t even sex shame women anymore. Above 18, Consensual Sex, Not on National Tv. Just a sorry case of fuckboy syndrome (That’s if it really did happen).”
Naomi has deleted the tweet because Alex has cleared the air.
Related Posts

Mar 29, 2020
She further wrote: “So I deleted my tweet about Tobi kissin&telln coz I spoke to Alex & she said Tobi didn’t. Tobi also reached out to me*. Over here we have integrity and I wasn’t there*. Gotta take their word for it*. We are not in the business of a smear campaign.”
“You people don’t even understand that Alex on her own has personality*. Coupled with the fact that she has me as a manager*. Have u met me? Have u heard me speak? Abeg, na spoil we spoil, we no dey thief,” she said.
0 2
Share FacebookTwitterGoogle+ReddItWhatsAppPinterestEmail