By Bivmedia Admin On Feb 7, 2019
0 2
Share FacebookTwitterGoogle+ReddItWhatsAppPinterestEmail
Argentine striker Sala, along with pilot David Ibbotson, was on board the Piper Malibu N264DB which lost radar contact near Guernsey on 21 January.Sala, 28, was Cardiff’s record signing but never played for the club.Cardiff have withheld the first scheduled payment until they are satisfied with the documentation.The transfer fee is due to be paid in instalments over three years. 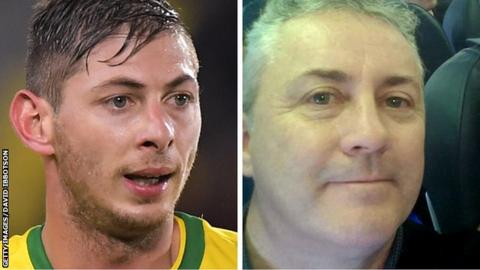 Apr 9, 2020
Cardiff chairman Mehmet Dalman indicated that Nantes had sent an invoice for the first instalment, worth 6m euros (£5.27m).In the same interview Dalman added: “We must show respect to the family. There is the process of recovering the plane.”On Thursday night the Air Accidents Investigation Branch (AAIB) said a body had been recovered from the wreckage.Cardiff had earlier expressed “surprise” that Nantes made the demand while the recovery attempts were under way.
It is understood Nantes are threatening legal action if they do not receive a payment within 10 days.A source at Cardiff says they will honour the contract but not until they have clarified “all the facts”.
0 2
Share FacebookTwitterGoogle+ReddItWhatsAppPinterestEmail

Katty Perry and Orlando Bloom to get married soon