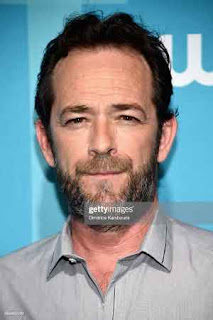 Popular American actor, Luke Perry passed on, Monday, after suffering a massive stroke.
His publicist confirmed his death in a statement.
Related Posts

Apr 9, 2020
The statement read: “Perry was surrounded by his children Jack and Sophie, fiancé Wendy Madison Bauer, ex-wife Minnie Sharp, mother Ann Bennett, step-father Steve Bennett, brother Tom Perry, sister Amy Coder, and other close family and friend.
“The family appreciates the outpouring of support and prayers that have been extended to Luke from around the world, and respectfully request privacy in this time of great mourning.
According to BBC, Riverdale ceased production following news of Perry’s death.
0 3
Share FacebookTwitterGoogle+ReddItWhatsAppPinterestEmail

Popular Nigerian Pastor confesses on how he cheated his wife(Video)