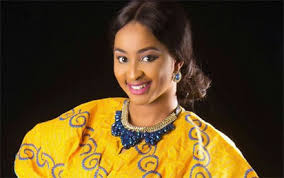 Etinosa Idemudia, has admitted she made a mistake after appearing nude on a Instagram call to MC Galaxy on Friday, March 15, 2019.

Apr 9, 2020
Commenting on her social media profile this time, Etinosa shared that she hopes to move on from the incident while maintaining a confidence about her body.
“I made a mistake that I do not ever want to repeat. No man is perfect but we must continue to strive for perfection.
“The big blunder has occurred and I would love to move on. Me, my pot belly and the rest of my beautiful body,” writes Etinosa with humour.
Love and Light 💜💜💜
MC Galaxy had his share of criticism for allowing the display to go.
Despite his claim that he was powerless, the singer was blamed for not doing enough to prevent the regrettable show. As a result, he has announced that he won’t be taking the fall if ever such an incident reoccurs.
“Next time I won’t take the blame again,” says MC Galaxy.
❤️
0 1
Share FacebookTwitterGoogle+ReddItWhatsAppPinterestEmail

Listen to ‘wake up’ – released by Yung6ix