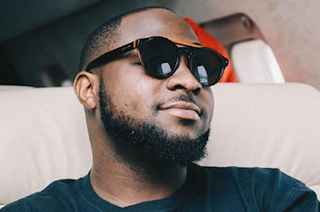 Nigeria’s hip hop super star, Davido; actress, Adesua Etomi-Wellington and media personality, IK Osakioduwa have all made the nominees list of 2019Kids’ Choice Awards .The award which will stream across YouTube, Instagram, Facebook and Twitter handles and channels will air on Nickelodeon (DStv channel 305) and Nick Toons (DStv channel 308) on Sunday, 24 March 2019.

DavidoAlex Okosi Executive Vice President and Managing Director of Viacom International Media Networks Africa (VIMN Africa) commented, “The Nickelodeon brand in Africa is all about empowering children on the continent and Nickelodeon KCA provides a platform for them to celebrate their favourite stars. Congratulations to all the nominees that are representing our continent at this global event which unites children with fun, slime and laughter.” The two effervescent stars that make up the Nigerian nominees for the only live event where kids’ votes count and the biggest stars of the day line up to get slimed include: Actress, Adesua Etomi-Wellington and media personality, IK Osakioduwa in the Favourite African Star category and globally acclaimed musician Davido as the Africa nominee in the Favourite Global Music Star award featured amongst David Guetta and Taylor Swift.

Voting has already begun on Kids’ Choice Awards website Leading the pack with the most nominations are: Avengers: Infinity War, with 10 nominations; Black Panther, with five nominations; and Cardi B and Hotel Transylvania 3: Summer Vacation, with four nominations each.

Despite R Kelly’s accusation of Sex, fans supported him

See how Liverpool missed the chance they had with Man city