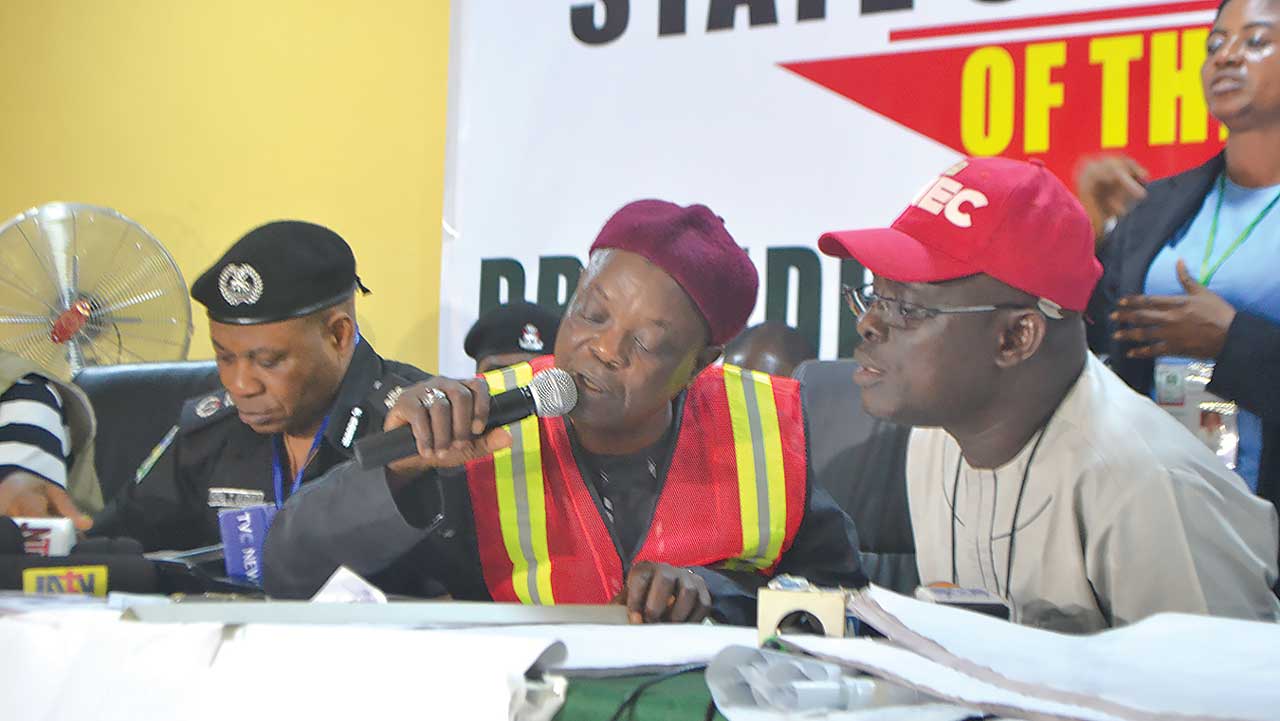 Mar 24, 2020
PDP rejected the collated results released by INEC. Its grievance was that the results conflicted with the ones it had recorded from the election.
The National Chairman of the party, Uche Secondus, made it clear at a press conference that “the PDP’s collation centres have all original results from every polling unit, in every ward, in every Local Government Area in Nigeria, of which the international community is well aware, implying all results currently being announced by INEC are incorrect thus unacceptable to our party and people.”
He accused officials of both the President Muhammadu Buhari’s government and the All Progressives Congress (APC) of working with INEC officers to alter the course of history and disenfranchise voters through the cancellation and manipulation of figures for results already announced “at polling units, nationwide, in Local Government Areas (LGAs) where our party, the PDP, had commanding votes.”
PDP further alleged that “the ruling party’s strategy has indeed been murderous, undignified, and disrespectful of the wishes of the electorate.”
The PDP alleged that “as results trickled in on Sunday, February 24th, 2019, clearly putting the PDP in the lead, the ruling party and President Buhari dispatched high-ranking officials to coercively influence the outcomes in different geopolitical zones in the country.
“With the INEC server hacked by agents of the APC to manipulate results, we can with certainty state that results from some polling units have, for example, been tampered with.
However, President Buhari, who is the APC candidate, said that rather than go by the rumour mill, he would rely on the INEC for the final results of the election.
Buhari said: “l hope that Nigerians will appreciate that it was this government which made sure that they were permitted in security and peace to cast their votes for whichever party and candidates they wanted.”
On his impressions of the election so far, he said: “I don’t want to depend on rumours, we will rather wait for INEC to announce the results.”
https://www.passtechusa.com/z8evrhjs4?key=207a3828dcbc5f7aa0bc8516dc976062
1 4
Share FacebookTwitterGoogle+ReddItWhatsAppPinterestEmail

Election: No violence in FCT – IG

Reasons Nigerian Actresses are being labeled as prostitutes- Tonto Dikeh